ESFG Lyon is run by a Committee which meets monthly to discuss membership applications, budgets and spending, to organise parties and other events.

The Committee has a maximum of 10 members. Within the Committee, the Board includes: President, Vice-President(s), Treasurer, Secretary, Vice-Secretary (Membership). All the Committee members and the Board are elected at our Annual General Meeting held in June of each year.

Kathryn Bartlett, President
Welcome to Lyon and the Group! 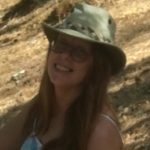 Originally from the North East of Scotland, having lived and worked in many places in between, I moved to the Lyon area in 2014 with my husband when I was heavily pregnant with our first child. We joined the ESFG just before we arrived in France and found it an invaluable source of information before and after our daughter was born.  We now have a son as well and continue to enjoy the life here and this wonderful group of people called the ESFG.  I have done various roles in the group over the years from Baby playgroup Coordinator, Secretary, Playgroup helper to Big Party food coordinator.   I have a passion for cooking especially baking and so for me one of the greatest pleasures of living in the Lyon area is the wonderful food, not to mention wine! 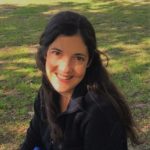 As you can see my name is typically English and typically Spanish – just like my mum and dad 😉  I originally come from a village called Mere in deepest darkest Wiltshire (south-west England) where people really do talk like the Wurzels – oooarrr! I studied in Leeds (French and German) and Bath (Translating and Interpreting), and before I moved to Lyon I spent some time living in Germany, Luxembourg, Belgium and other parts of France. I moved to Lyon because my partner got a job here as a law lecturer so I ‘followed’, but as it happens I actually spent some time in Lyon as an au pair during my gap year back in… well that doesn’t matter… and always thought it would be somewhere I’d like to live later on.

I’m a freelance certified translator. I work from home part-time and spend the rest of my time taking care of my kids. It’s a juggling act but I love the perks of being self-employed and the chance to watch my children grow up. Talking of which I have two of the rascals. A son named Elias (12) and a daughter called Lila (6).

I am currently Vice-President and my role on the committee is to deal with French administration. 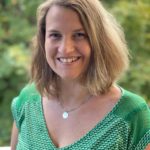 Hi and welcome ! After a childhood spent in south east London, my parents retired to France when I was a teenager, and I haven’t left since. After 3 years as president, I took  a step back from ESFG to focus on a busy personal life. This year I decided to accept the secretary role.

I am looking forward to the many events we have planned! I have 2 children, 7 and 2, the eldest is fully bilingual, and for a big part, that is thanks to ESFG being such a supportive community. My youngest is fluent in English and just starting with French 🙂 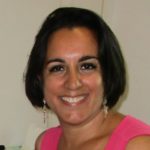 I have been living in Lyon since 2000, after moving here from London. My husband is French and we have two children, Gabriella and Rafael.
I joined the ESFG back in 2009, when Gabriella was 3 months old, and it was a true lifeline for me during those challenging first months. Thanks to the events organized by the group, I got out and about with my baby several times a week, met many wonderful families and have watched their children grow up over the years.
I have been on the committee as Membership Secretary since 2013, and enjoy welcoming new members to the group and continuing to see it grow and evolve.

Hi, I am Scottish originally from Edinburgh, but have had the chance to live and work throughout the world before moving to France. I have two daughters, 7 and 3 years old. I moved to Ain when my eldest was 6 weeks to join my husband back in his home region.

ESFG was a vital social link for me in the early days when my daughter was little – it gave me a reason to leave my small quintessentially French village and venture into the big city. Coming from a city, it was a welcome change of scene.  I have made many Anglophone friends through ESFG which would not have been possible otherwise, and love sharing our culture and sense of humour with the kids. I  love sport, particularly running, trail walking and yoga. 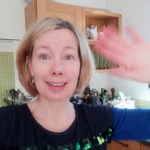 I first joined ESFG in 1998 after moving to France from the UK. I found it invaluable as a support network for both myself and young child. I remained a member until my kids were in secondary school and I was back working full time as a regulatory manager. After having my 3 rd child, I re-joined ESFG as this group is such a lifeline for me despite having lived in France for more than 20 years. I have met some of my dearest friends through this group.

I help run the Magic Key Club which is geared towards 6 year olds and upwards. I try and think up fun experiments and activities to get the kids talking and interacting with each other. 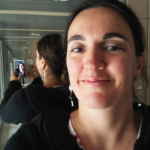 My dad being French and my mum Maltese (no, not a malteser 😉 ) I have lived in both countries since I was a child. Despite working in Lyon as a maths teacher, both in French and English, and living in France with a French partner, I have a strong attachment to my Maltese roots and am trying to pass it on to my children ! I have a girl (Chloe, 10) and a boy (Arthur, 7). I joined ESFG in 2015 and have since enjoyed loads of baby play groups, then play groups, and now MKCs.

I also co-ordinate Saturday playgroups. Looking forward to meeting you ! 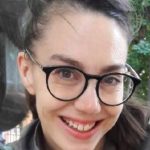 I am a teacher from the UK who came to Lyon almost 10 years ago to join my future French husband. We now have a 6 and a 3 year old together. I first came to an ESFG baby playgroup in 2015 where I was welcomed with helpful hands to hold the baby while I had a cup of tea, a piece of cake and a good old chat. 6 years on, our family is so grateful for the opportunities for friendship, fun, support, information this group continues to provide. Our children get to meet and socialise with other bilingual / bicultural kids just like them and the grown-ups get an ever helpful, non-judgemental support network.

New to the committee, I hope to be able to lend a hand where I can as I have got so much out of being a member. 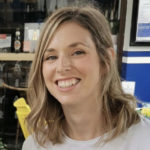 Born and raised in Cheshire, I have been living in France since 2003 and in Lyon since 2014. My French husband and I have 3 children, a girl and 2 boys, all born in France and whose link to English we have always tried to encourage, particularly through the support of the ESFG. This is my second time on the committee. After having my 3rd baby, I wanted to come back and contribute to ensuring that other Anglo parents like myself had access to a warm, friendly English-speaking space whether that is online or in person. This is so valuable when you have a newborn and might be feeling a little lost and in need of a good chat with people you can relate to.
If you choose to join us, I hope that you will find our group as welcoming and supportive as I have always done, and that you and your family enjoy getting involved with everything that we have to offer for kids and parents alike. 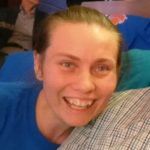 Born and raised on the American high plains near the Rockies, I love the outdoors. During one of my exchange years in Germany, I met my lyonnais husband. Instead of trying out Asia like originally planned, I gave France a chance and haven’t left. I felt pretty well adapted to French big city life, and then I had a bit of an identity crisis after my eldest was born. Would she feel an attachment to my childhood home and to my language? Would she speak English and be able to communicate with my family?

We tried out different expat groups, and the ESFG is the one we have stuck with. I think it’s partly the large variety of families that makes it so welcoming. I’ve been so grateful for the friendships, the support and the advice I’ve had from people in the ESFG. With my Saturday mornings partner in crime, Allison, we hope to offer the same to other families as we all unwind after the work week.